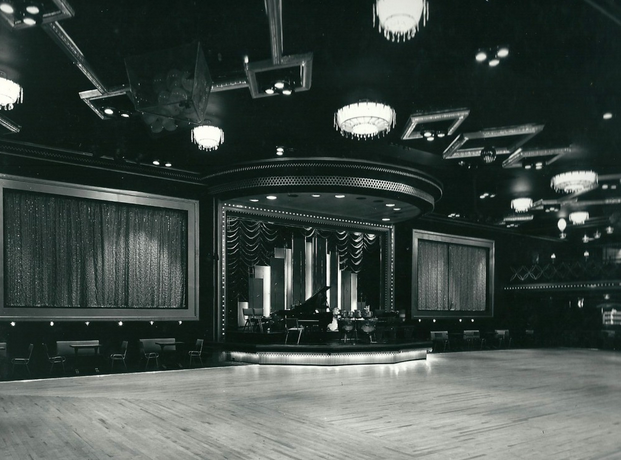 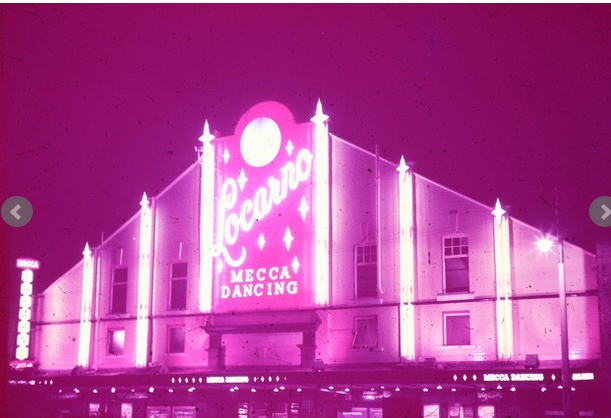 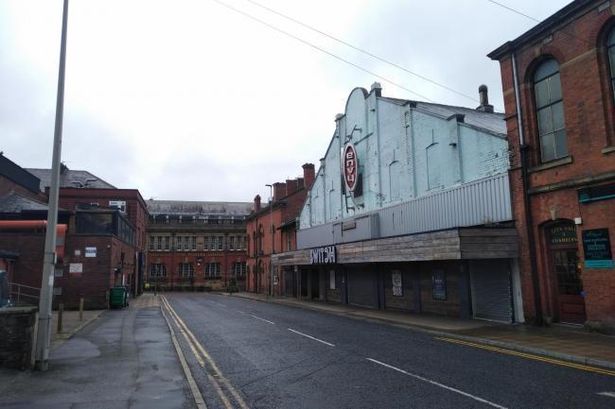 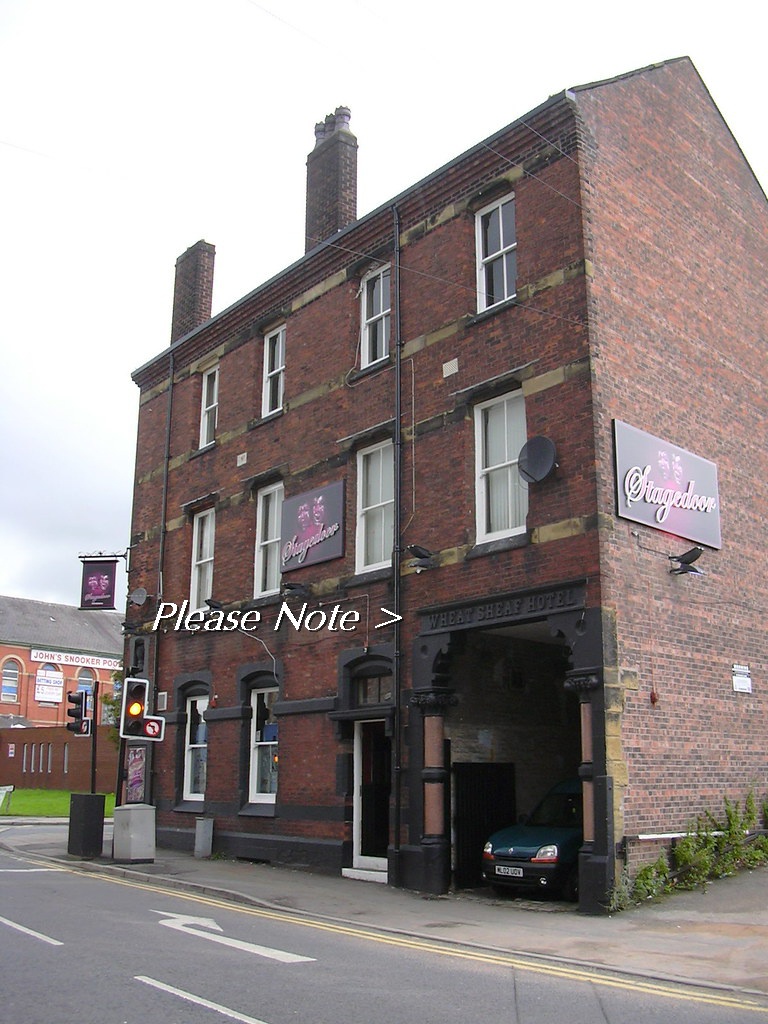 (Photo c/o Permission of Lancashire Evening Telegraph).
The 'Wheat Sheaf Hotel' on St Peter's street, Blackburn. Now (The Stagedoor!).
We called in for a good pint of Thwaites Bitter Beer before going across the street into the 'Blackburn Mecca'.
(Quite some time ago!!!).
Continued - 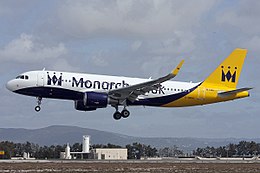 ​
Tony (Andy) Anderson (The brother of Jon Anderson from The 'YES' Band) after a short time, replaced 'Mike Kennedy', but after a while, things started to change. Tony (Andy) and Miguel Vicence (Los Bravos original Bass Player) both left the band in Madrid and went living in Can Pastilla,  a little town near Palma Mallorca - Wammy got a phone call whilst living on Hendon way in London.1971.
It went something like this -
"Hello who is this?" I asked"
"It's Tony,Tony Anderson, I'm Phoning from Spain" he replied, I nearly fell over.
"Los Bravos have split up, Miguel Vicence, the (original bass player from Bravos) and I have moved to Can Pastilla in Mallorca, would you fancy coming over" he asked,  I couldn't believe my ears! My wife Pat was in the kitchen as I shouted.
"Pat! do you want to live in Spain?"
"What are you talking about, are you going crazy, who are you talking to?" she asked, to which I replied.
"It's Tony phoning from Spain; they're in need of a guitarist and want me to join forces!". Los Bravos have split up in Madrid.                                                                   Los Bravos here we come!
Just to add! (QUOTE) This song 'Black is Black' was recorded in London. At that time, it was not allowed for musicians from abroad to participate in these recordings, so -  actually -
Mike Kennedy was the only real band member on this single.                The 'public are so - gullible. wow!
There is an urban legend going on saying that one of the studio musicians in this record is no other than Jimmy Page. Apparently this legend has been proved true. C/o (SONGFACTS) This song was written by the British team of Michelle Grainger, Tony Hayes and Steve Wadey. (UNQUOTE).
Well I Never! - the 'Fantasy of this 'Rock n' Roll' World !
(Photos c/o Royalty and Copyright Free or Flikr Photo Sharing).
From the Original Los Bravos with Mick Kennnedy to >                  The Re-Formed Los Bravos with Andy (Tony) Anderson to >

(Photo c/o Novola).
The New Los Bravos!
Los Bravos with Tony 'ANDY' Anderson.(Ex Warriors-Accrington,Lancs,England).   New Line Up in Can Pastilla, Palma de Mallorca.  With Tony (Andy) on Vocals, (Miguel) on Bass and I - (Dave wammy Walmsley) on guitar, straight from Glastonbury 'Fayre' Festival 1971.
Pablo Sanllehí. (The original Los Bravos drummer) by now was living back in Palma Mallorca, he had 'Managed' a night club (El Rodeo) on Plaza Gomilla and had great expectations! He had suggested that it was probably a 'bad idea' for us to'continue' with the 'Los Bravos' name, yet after another confusing time with the 'Los Bravos' adventure, there were too many inter political scenes going on so we 'eventually' decided to 'Scrap' the arranged 'Los Bravos' name and start a 'new formation' which led on to-
Z  66  +  Bravos  =  Z    Bra.
> Los     Zebra <
(Above Photo).

The house in Can Pastilla - (Palma de Mallorca) that we lived in. ( 7 Carrer del Norai ) 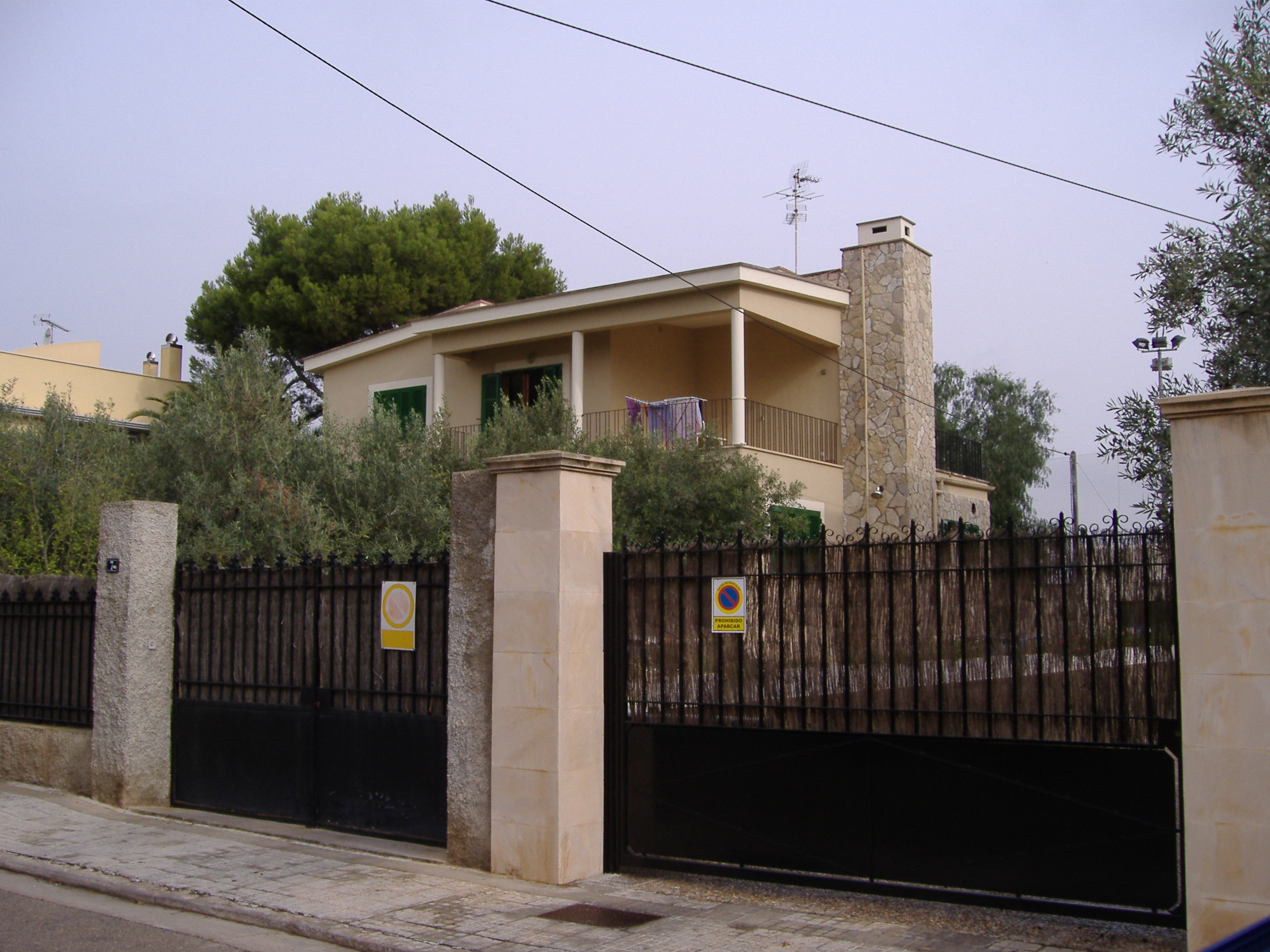 (Photo c/o Royalty and Copyright Free or Flikr Photo Sharing).
The garage at the bottom of the drive with the green door, was our rehearsal room.

(Photo c/o Royalty and Copyright Free or Flikr Photo Sharing).
Then there was a little rascal called Simon Walmsley on his way. (Shazam!). 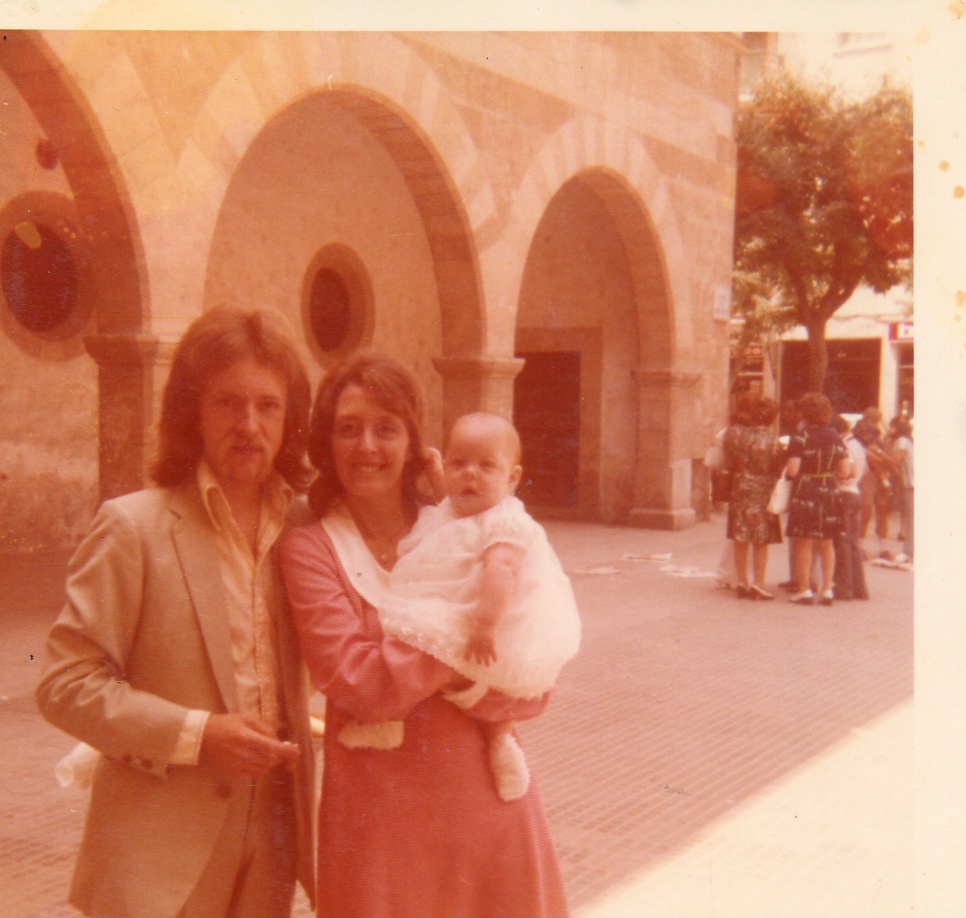 (Photo c/o Dave & Patricia Walmsley).
Then there were 'THREE'.

By now -Tony's wife Eileen Anderson, had an unforeseen accident and Tony (ANDY) Anderson left Spain and went with his 3  children to live on the 'Isle of Wight' with his Mother.   (After much thought), we re-vamped the band adding, Alberto Candella on bass. Together with Alberto, Juan and I, took the vocal slot.
(The song DEIA was born).
Miguel Vicence, by now was the Manager. 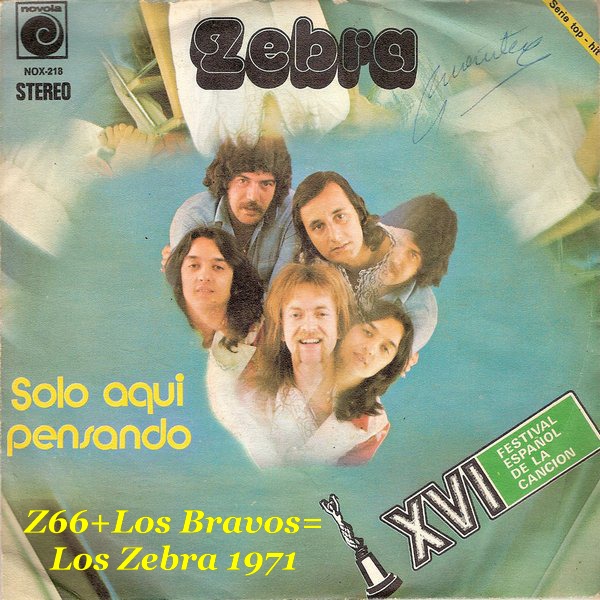 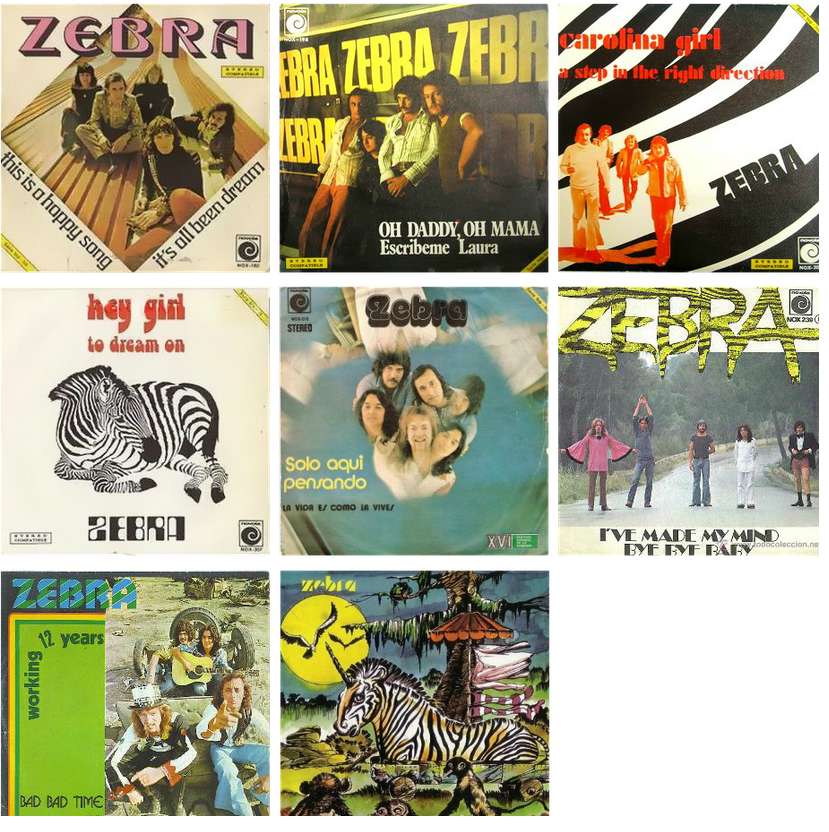 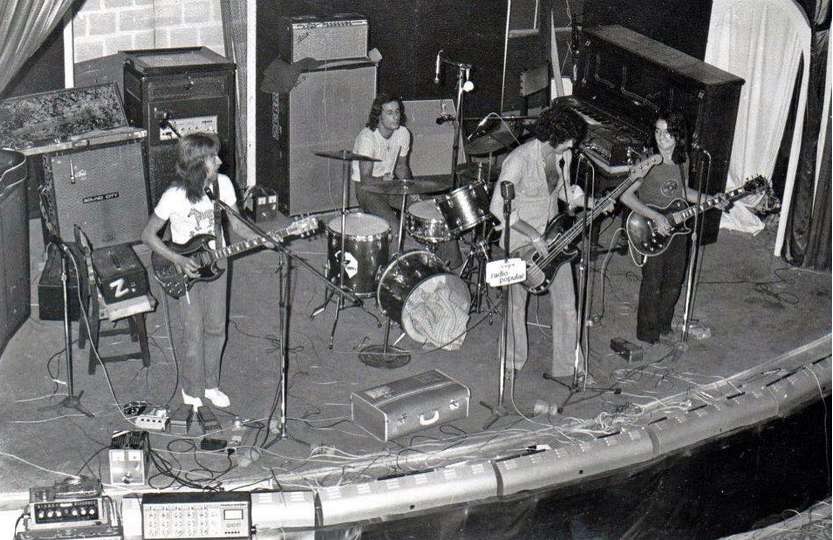 Behind the scenes at 'Radio Popular'. Palma deMallorca 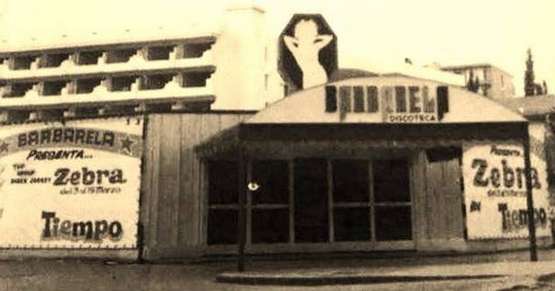 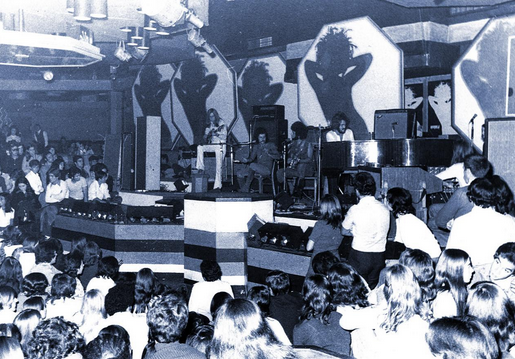 Barbarela - A more (Up to date) photo. 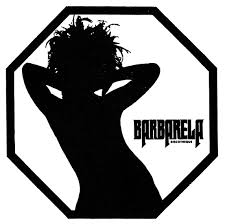 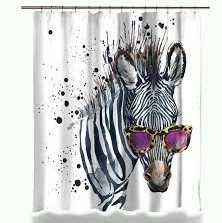 Go back to MENU (Top left hand side) to select other Pages.